THE LAST METAMORPHOSES OF THETIS BY GRÉGOIRE SCALABRE

On the occasion of the Porcelain virtuosity exposure to Homo Faber 2022 in Venice, French sculptor and ceramist Grégoire Scalabre presents a monumental sculpture 2 meters high made up of 70,000 pieces of handmade ceramics. Double Thetis’ final metamorphosesthe piece sees the miniatures assembled on a large inclined double-walled crucible, simulating an underwater swarm, which appears to levitate on its base.

Each piece is turned one by one by Grégoire Scalabre and individually enamelled in a variety of green shades chosen from the Manufacture de Sèvres palette. “Grégoire Scalabre is one of the greatest ceramists contributing to the revival of contemporary ceramics”, said David Caméo, Managing Director of the Manufacture Nationale de Sèvres. “His sculptures are considered by some to be closer to fine art and design; they are above all the work of an accomplished sculptor.

During his residence in Sèvres in 2011, the French sculptor and ceramist Gregory Scalabre created a work titled Astraeato whom he owes his current international recognition in the field of sculpture. Astraea is composed of approximately 15,000 miniature porcelain vases on a monumental vortex of expanded foam covered with metal. This extraordinary porcelain, like a coral reef, evokes the journey of Chinese porcelain to Europe in the 18th century and the galleons of the Compagnie des Indes which traded in it – one of them in particular, baptized Astraeaperished at sea.

For the Homo Faber event, Scalabre created a new chapter of this work drawing inspiration from Greek mythology to create an accumulative composition that emerges from the depths of the Venetian lagoon. It represents Thetis, a young sea nymph, who tries in vain to escape marriage with a mortal, imposed by Zeus. 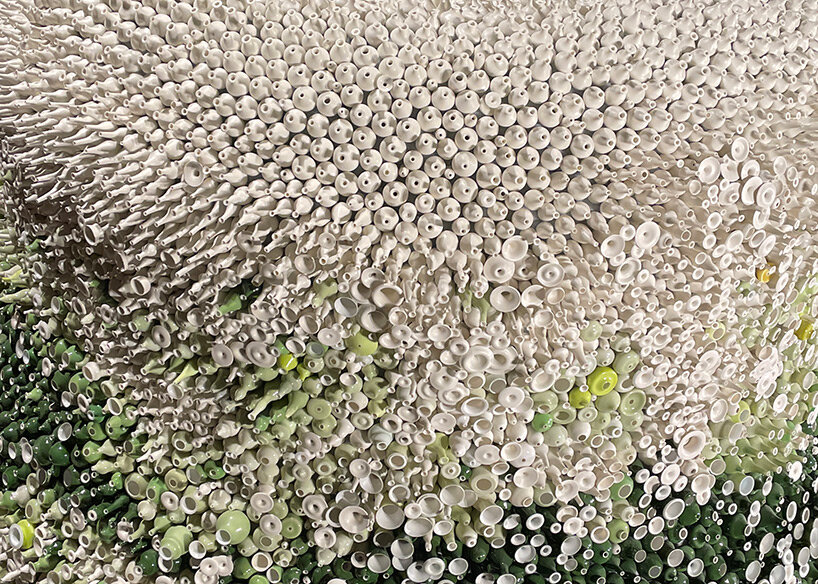 Grégoire Scalabre uses a wide variety of registers of expression, in terms of size, shape and material, sometimes even to the point of confronting them in the same work. He likes to play on a very broad register, from miniature to monumental, from distribution to accumulation. Thetis’ Final Metamorphosis is the perfect illustration of this game of paradoxical combinations. 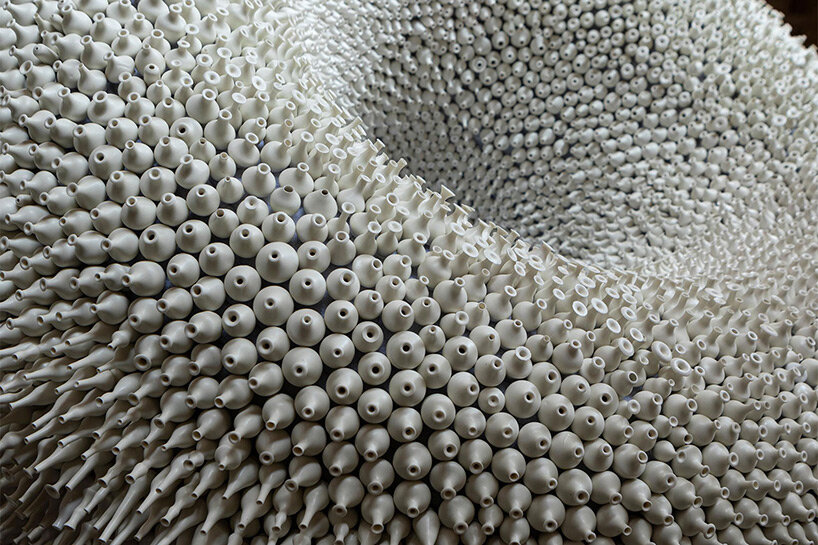 Given the monumental size that Grégoire Scalabre imagined for his ceramic work Thetis’ Final Metamorphosis (2 meters high, 1.60 meters in diameter and weighing 450 kilos), the production of the piece itself was a real technical feat. Beyond its volume and its weight, the work has an exceptional dimension simply because it is made up of 70,000 ceramic pieces turned one by one, by hand, by the artist; this alone represents a colossal effort over several months. 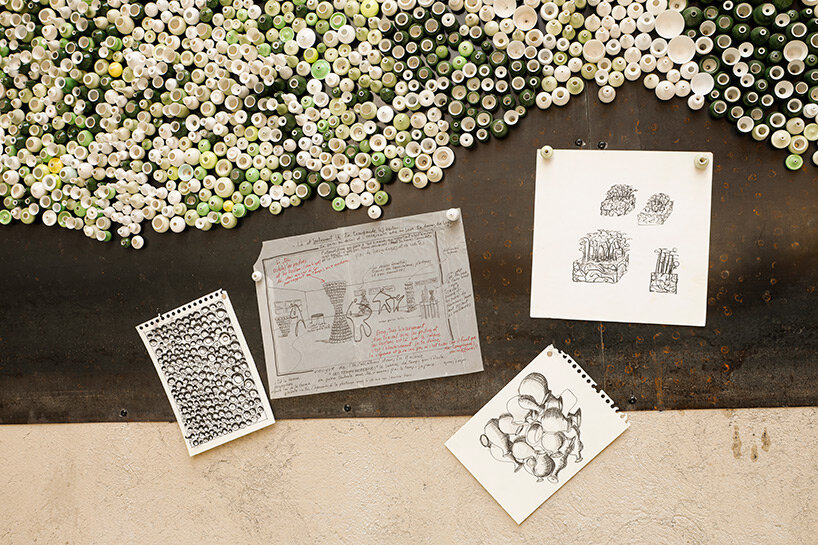 At Homo Faber 2022, the Porcelain virtuosity presented an unprecedented selection of porcelain from Europe and Japan, revealed by contemporary sculptors and renowned manufacturers. The fair demonstrated the inventiveness, innovative approaches and contemporary know-how of porcelain craftsmanship.